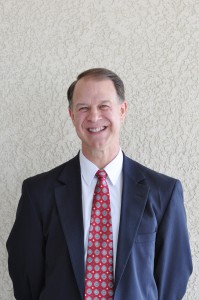 Pastor Mark Wheat and his family moved from Tyler, Texas to Hughson in December of 2011. He is a former physical trainer, now training people for the Lord’s service. Pastor Mark and his wife Lorie have four children, ages 4 to 20. He was raised in a Christian home and in the Southern Baptist church. After college he attended Southwestern Baptist Theological Seminary to prepare for the gospel ministry. Through the years the Lord brought Pastor Mark and Lorie to understand and believe the reformed faith and covenant theology. He loves God’s word and is a skilled and gifted communicator of it. He previously served as the associate pastor at Tyler Presbyterian Church in Tyler, Texas.

Joe and his wife Kim have two adult sons and three adult daughters. They and their families are part of the founding members of Sovereign Grace.

Don and his wife Lele along with their daughter and son are also founding members of Sovereign Grace.

Ken and his wife Desi have two sons and one daughter. They have been members of Sovereign Grace since 2000. Ken is the clerk of the session.

Mark and his wife Crystal have five sons and one daughter. They have attended Sovereign Grace since 1999.

Brad and his wife Janet have attended Sovereign Grace since 2004. They have three adult sons.

Chuck and his wife Norma have one adult son and one adult daughter. Their son, Rev. Mark Richline, was the founding Pastor of Sovereign Grace Community Church. Chuck and Norma have been part of the Orthodox Presbyterian church for over 40 years.

Join Us This Sunday